Start a new discussion! Stickied Latest discussions Announcements and Information Introduce Yourself Nutrition Breeding
At what age do Mice get too old to have Babies?
9 replies
autumn&spring
What do you need to breed mice?
0 replies
Niklas
Are you a breeder?
0 replies
Grodan
Behavior, Health and Care Cage, Bedding, Accessories General Chat (OT) Photos and Movies Clubs, Events and Gathering Genetics, Colors, Markings and Coats In memorian Buy, Sell and Wanted Toys and Enrichment Links Names and Name Suggestions Contests and Quiz
Enrichment
Read 9043 times 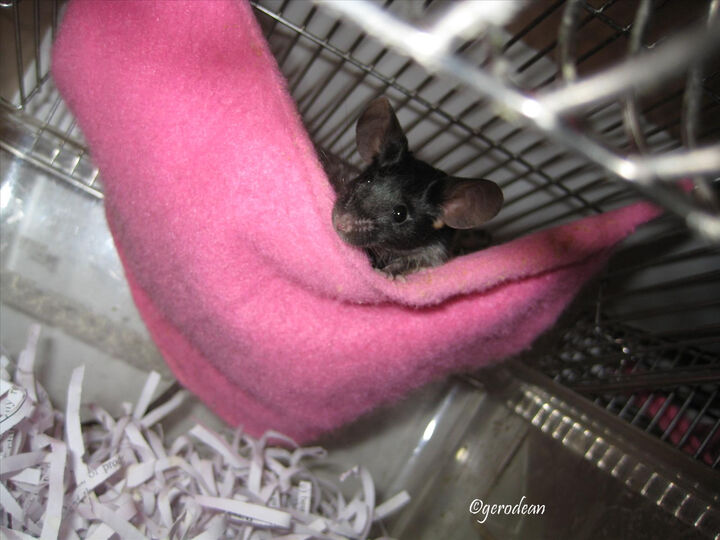 Do you use hammock for your mice?

I think it is so very convenient to be able to give them hammocks homemade from cheap fleece. Just cut to fold (so that it becomes double and they can nest in the middle) and hang up.

For the hammocks I use soft material (fleece) with no thread - it´s important that the mice won´t get tangled in it - and hang up with clips used for curtains.

My mice do not pee in their hammocks - since I´ve used hammocks for a long time to my mice (over 10 years). But in the beginning there was a little bit of a problem. Although I don´t wash the hammocks. When used, they go in bin. (This is possible when I buy cheep fleece blanket to cut the hammocks from.) 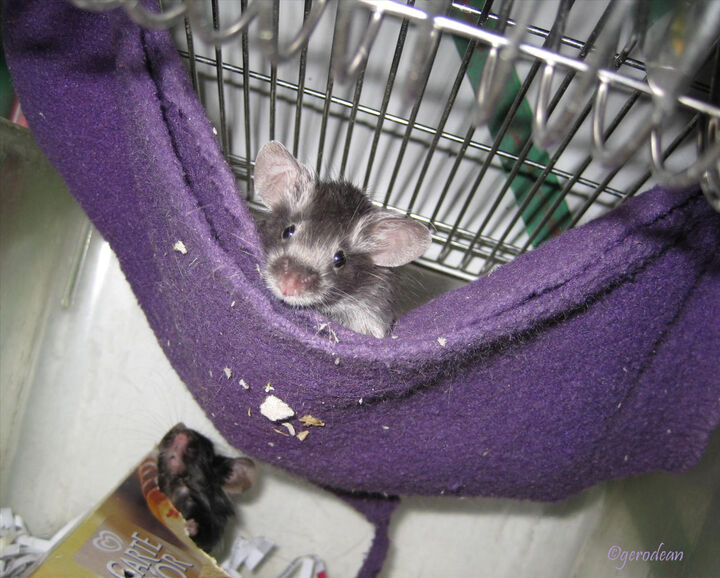 In cages with no bar on top there´s some problem to put in a hammock but with some imagination it´ll work.

I've tried to put a mini grid cage in the aquarium/terrarium and hang the hammock there, but the cage was filthy with urine rather quickly and difficult to clean. Even tried different settings but the same there. Building a wooden stand for your hammock could be a good thing if you can clean it often.  It can be good enrichement for your mouse/mice. Wood/branches do not last very long. It will get chewed on and smell of pee rather quickly. So you need to change the old wood to new now and then. I´m too lazy for that so I don´t build things in wood to my mice, things I wan´t to last long...

The best thing of wood that I´ve had in a terrarium was a hammock for fruits. Unfortunatly it was made of wood and I had to throw it away after a while. Now I had lots of small boxes and tested this model for the aquarium where some females live. It is low in height, but fulfills the function and the mice love it. 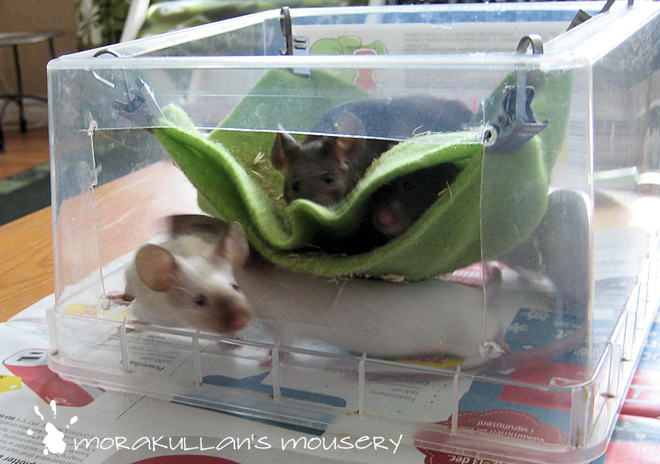